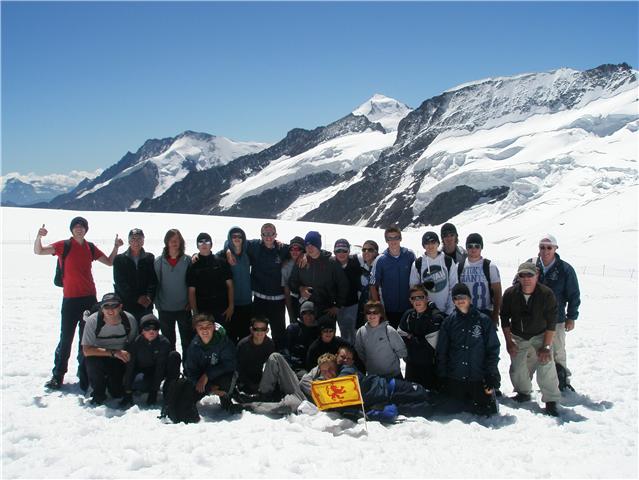 Our Party consisted of 21 boys aged from 12 – 18, and 7 Officers. We left Viewpark Parish Church on the Friday at 7.45am and afetr a long bus journey which took us through France we arrived in Adelboden Switzerland at 11.30am on the Saturday. Tired but full of excitement the boys soon settled into their new surroundings. 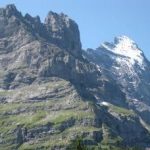 Over the next few days we travelled around including a visit to Pfingstegg where we had lunch at the foot of the Eiger.  The boys enjoyed the dry toboggan run, then up the Schynige Platte which has an altitude of 1967 metres, train up and climbed back down. These trips came to a high when we went up the Jungfraujoch, altitude 3454 metres. Again using a train we went through tunnel after tunnel even through the Eiger but the journey was worth while for the spectacular views from what is known as the top of Europe from here you can see France, Austria and Germany. On mountain, the boys had lunch sitting on the snow in bright sunshine, and then had a go at snow discing.

The day after this long journey we had a quieter day when we travelled to Kandersteg and up to Oeschinensee where we were able to swim in a mountain lake which was fed by snow covered mountains. 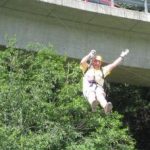 On the last Friday we went to the Adelboden Adventure Park where we experienced zip wire, rope bridges, abseiling and a pendulum swing for which we had to fling ourselves off a bridge and pray to God that the rope held. 18 out of the 24 taking part in the park had the courage to do this, (yes including the Captain). 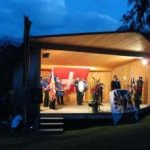 As if we had not packed enough in and not been on a high, we took part in the local festivities for the Swiss National Day where the newly formed pipe band won over the 1000 strong crowd when they took the stage as the final act. We then formed up as a company along side the locals and paraded through the town in a flame tourch lit procession where again we were greeted with cheers from every part of the village. 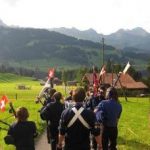 During the trip the boys experienced some fantastic views of a lovely country, and made many new friends in the Adelboden village. The Director of tourism visited the boys the day after the celebrations to thank them for their donation to the Adelboden village and returned this by gifting each boy with a souvenir pen and sweet.  He then proceeded to make a speech in which he said that the Viewpark Company had been the first visitors to ask to take part in the celebrations and how pleased he was that we had as it brought together two Nations & two cultures and hoped that we would be regular visitors to not only Switzerland but Adelboden. 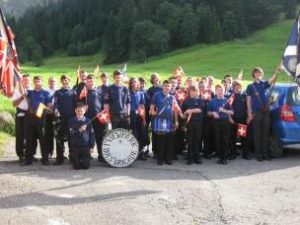 After this high the boys spent a very relaxing day getting some presents for their folks back home before they started their long return journey.

The 1st Viewpark Company would like to thank Adventure Abroad travel company and their rep Emma Hardy for organising the holiday which will be talked about for years to come.

Having had so much fun the boys are now looking forward to 2011 when they intend to travel to Adelboden again, this time Jim Penman hopes to include other youth groups from within the Viewpark Parish Church.

And as promised the boys have just completed 2 further car washes in which they raised £500 for The Cystic Fibrosis Trust, this was done to give something to others so they were not doing everything for themselves.