Viewpark Parish Church traces its history back to the various mission stations that were formed in the area in the latter part of the nineteenth century when mission to the mining communities was seen as a major priority by the established churches around the area. 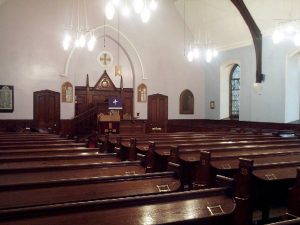 Various mission stations existed at Aitkenhead, Nackerty, Newlands, Tannochside and Thornwood, the earliest meeting in Nackerty Scool being in 1866.  Bothwell Parish Church of Scotland, Park Parish Church and Bellshill Free Church became associated with the growth of Churches from the various mission stations.  Thornwood Church was opened on 24 September 1893, Bothwellpark Free Church in 1896 and Aitkenhead United Free Church in 1905.

On 2 May 1933, Thornwood Mission Church, Bothwell Park UF Church and Aitkenhead UF Church united to form Viewpark Parish Church.  The Church as it is now along with the Small Hall was the former Thornwood Church and Hall and Viewpark still uses the Communion plates and goblets from Thornwood.  The other 2 churches remained in use as hall accommodation.  The Manse in Holmbrae Road is the former Manse of Aitkenhead Church. 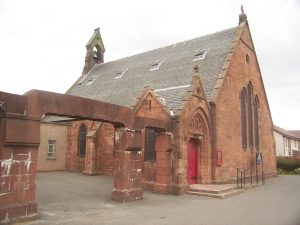 In 1958 the former Aitkenhead accommodation was purchased by Caterpillar as part of the factory grounds.  Caterpillar also contributed towards the erection of the Large Hall and associated accommodation which dates from that time. In 2007/2008 following damage to the original 1893 roof, the Sanctuary was repaired and refurbished at a cost of around £250,000 as Phase I of the View 21 Project.

In 2011/12 the link between the Sanctuary and the Large Hall was demolished and the area infilled with new accommodation, including the View Café, at a cost of about £675,000 (for details see the View21 page).